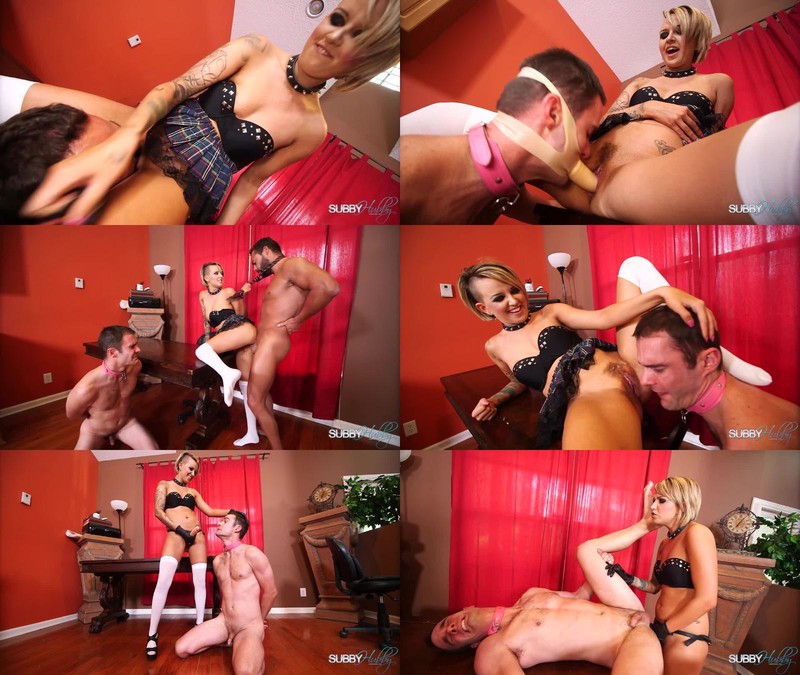 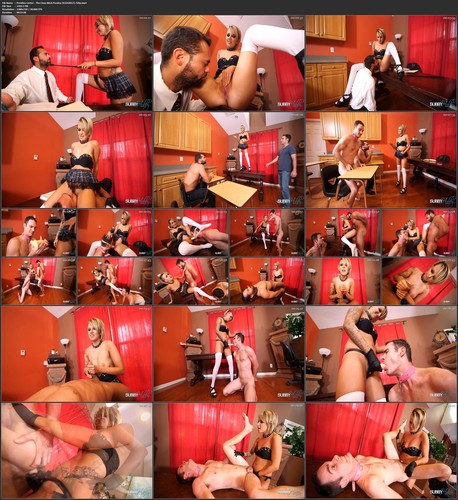 Presley Carter is the BITCH of the school and she often gets whatever she wants. Most of the guys wish they could date her and even the teacher gets excited when she walks into class. She is young and naturally dominant, and knows that she can bend men to her will. Presley is followed outside of school by a fellow jock classmate who she quickly turns down. Presley has her eye on a bigger prize, her teacher. Presley enters detention and quickly has her teacher under her control, telling him that he must do everything SHE says, and not the other way around. Before he knows what hit him, he is on his knees mere inches before her gorgeous, young pink pussy. Presley wants him to pleasure her because why should she have to sit in detention at a desk when she can spend it cumming? Presley Carter has her teacher sitting in a desk, afraid but so turned on and weak, under Presley’s control. Presley’s loser jock classmate comes in and sees Presley standing on the desk and laughs. Presley orders him to sit down in the other empty desk next to the teacher, and he obeys. It is HER class now, and she makes the rules. He is naked and sitting down, wondering if he is going to get lucky. Presley comes down off of the desk and stalks back and forth, eyes at the men, intimidating them with her crop. She notices how small the Jock’s penis is and laughs, taking humiliating photos of it to share with her girlfriends later. Presley then puts a dildo gag on his face and makes him fuck her good and hard with it, right in front of the teacher. Poor jock boy, on his knees, in a pink collar forced to watch the Dominant woman he lusts after get fucked by the teacher who has a much larger and better cock than he has. He is automatically forced into being a cuckold, as Presley makes him watch her get fucked by the teacher’s big cock. He is not allowed to take his eyes off of them, and Presley makes sure he has the perfect view. He wishes he could be the one fucking her and feels useless and humiliated. Presley tells him that he can join in by worshipping her feet. She finally gives him the chance to taste her pussy .but she is covered with her teacher’s cum. It’s Presley’s cock now, as she controls it and does whatever she wants with it. At least that is how Presley and her teacher Mr. Cummings sees it from now on. Presley tells her teacher that she hopes he enjoyed fucking her, as she previously used him as a human dildo, as now she is going to milk him. He is not allowed to move, only to look up at her as she does anything she wants with the cock she now owns. Presley has her jock classmate right where she wants him. She knows he will do anything just to be with her and she is using that to her advantage, using her dominant power over him to make him weak and do anything she wants, including sucking her cock and getting fucked in the ass. She even makes him thank her and tell her that he loves it. VERY humiliating!